God values absolute obedience; he requires that his children must fully obey his commandments to prosper. Meanwhile, some people consider “partial obedience” as a better substitute for disobedience. That is, they follow God’s instruction to a certain extent, but not completely. However, as far as God is concerned, there is nothing like “partial obedience.” Anyone who fails to fully obey God’s instruction is considered a disobedient child.

Christians must learn from the Israelites who failed to completely obey God’s instructions and suffered terrible consequences. God asked the Israelites to completely wipe out the indigenous Canaanites and possess their land. Israelites failed God: They wiped out some indigenous Canaanites but left some others in place. Israelites also formed an alliance with those remainder Canaanites and served their foreign gods. The Bible reported the Israelites’ actions, “Then the children of Israel did evil in the sight of the Lord, and served the Baals; and they forsook the Lord God of their fathers, who had brought them out of the land of Egypt; and they followed other gods from *among* the gods of the people who *were* all around them, and they bowed down to them; and they provoked the Lord to anger” (Judges 2:11-12).

God was displeased with the Israelites for failing to completely obey his instructions. He made them became subservient to their enemy nations. The enemies evaded their land, took them captive, and subjected them to hard labor.

Every Christian must understand that the term “Partial Obedience” is not a substitute for complying with the standard of God. As far as Jehovah is concerned, anyone who fails to completely obey him will be regarded as a disobedient child and be subjected to a due punishment – Unless repentance is exercised.

Christians should learn from various Bible examples that God hates disobedience. Bible has many examples of people who disobeyed God and regretted their actions. For example, King Saul thought he could outsmart God with “partial obedience” when asked to completely wipe out the Amalekites; he killed some and speared some. God became angry and rejected him as a king of Israel. God replaced Saul with David as the leader of his people – Because of “partial obedience” (1 Samuel 15). Hence, every child of God must care to fully follow the commandments of God always.

Any child of God who prioritizes complete obedience will prosper in every area of his or her life. The Lord will “camp” with the person and help him or her succeed.

Dear Lord, please give me the strength to fully obey your instructions so that I can prosper. Don’t let me buy into the idea of “partial obedience,” but help me to fully obey your laws so that I can prosper in all my endeavors. Please order my footsteps and empower me by the Holy Spirit to meet your holiness expectations at all times. For in the name of Jesus Christ I make my requests. Amen. 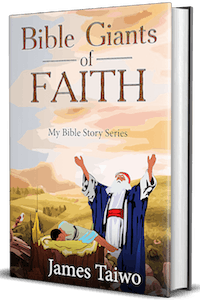